You are invited to bring your family, your own chairs or blanket, and your own refreshments to the lawn of the church in West Hartford Center. Free parking is available in the church parking lot which is accessible from Farmington Ave. Scroll down for performer bios. and programs.

Concerts take place rain or shine. The sanctuary will be open for dry listening if raining. In the case of severe weather the concert will have to be cancelled. Updates after 2:00 p.m. on date of concert either here or on our Facebook page. 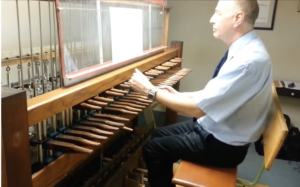 Gerald Martindale was appointed carillonneur of the historic Metropolitan United Church of Toronto in 1997 and retired from that position in 2016. Since then he has been playing the Exhibition Place carillon regularly. He studied carillon with Dr. Sydney Shep, former Carillonneur of the University of Toronto. He earned a Bachelor of Musical Arts degree from the University of Windsor and holds Associate Diplomas in Organ from the Royal Conservatory of Music of Toronto and the Royal Canadian College of Organists. On a private basis, Mr. Martindale has taught piano, organ, carillon and theory and sings with two community choirs. For the past 20 years he has been active as a background performer having acted for more than 350 movie and television productions. In 2019 he completed his 20th annual carillon concert tour of the United States, and in 2017 his 8th tour of Europe performing 21 carillon recitals in Denmark, Norway, Sweden, Germany, Belgium, the Netherlands,  and France. 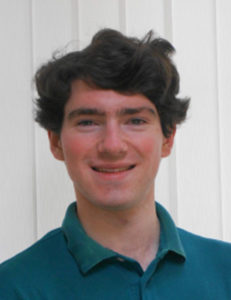 Paul Steuben is a music teacher, freelance carillonist, and computer programmer based in Philadelphia, PA. He plays the carillon regularly at First United Methodist Church of Germantown (FUMCOG). Paul grew up in Connecticut studying piano and bassoon, and at Yale, he studied carillon with Ellen Dickinson. This past year, he worked as an ArtistYear Fellow at Olney Charter High School, and he is excited to continue working in Philadelphia as a teaching artist. On the side, Paul develops software for non-targeted analysis of contaminants (such as PFAS) for the Pollitt Lab at the Yale School of Public Health. He also enjoys jamming with friends, playing Frisbee, and exploring the world on foot. 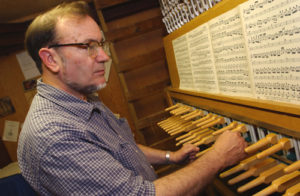 George Matthew, Jr. has been carillonneur of Norwich University and Middlebury College in Vermont since 1986. A church organist since the age of 13, he is currently organist at St. Stephen’s Episcopal Church of Middlebury, Vermont.

For eleven years he was accompanist for the Middlebury Community Chorus. In 2005 he was named Artist of the Year by the Vermont Chapter American Guild of Organists.

Mr. Matthew has made 40 carillon concert tours of the USA and 13 of Europe, performing in Belgium, the Netherlands, Denmark, Germany, Switzerland, France, England, Ireland, and Scotland. In all, he has played over 200 carillons. In 2004, he played the dedication recital of the new carillon of University of Massachusetts, Amherst.

He has composed and arranged about 100 pieces for carillon, including a number of ragtime piano works; his rather unusual European debut was an all-ragtime program in Ostende, Belgium. His popular ragtime piano performances and accompanying lectures are in demand at area community centers and colleges.

He has studied carillon with Arthur Bigelow and Frank Law, organ with Hugh Ross and Ernest White, and composition with David Barnett. He is a graduate of Columbia, Bridgeport, and Wesleyan Universities. He is married to Irish wire harpist Sherri Matthew. 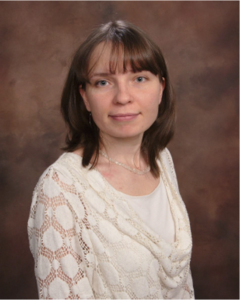 In addition to her degree work, Tanya also taught organ and carillon at the St. Petersburg State University (2008-2012) and served as the carillonneur of the Peterhof Museum (2009 to 2011). In December 2012 Tanya moved to United States and is currently the organist and accompanist at the South United Methodist Church in Manchester, CT, carillonneur at the First Church of Christ Congregational in New Britain, CT and a carillonneur-in-residence at Storrs Congregational church.

Ever wonder how the musician gets into our bell tower? Have you seen the instrument up close? Click and watch the video below for a 5 minute demonstration!